The “Melbourne International Comedy Festival” selects for its annual international roadtrip some of their best and award winning comedians to spread Australian humour around the world.

This time five comedians (Sharul Channa, Phil Wang, Ivan Aristeguieta, Bob Franklin, Damien Power) have been selected to come to Penang and to create a diverse line up which will keep you in stitches and have you falling off your seats with laughter. These artists represent a variety of styles and come from different ethnic backgrounds and walks of life.  All of them are award winning artists who don’t just excel in stand up comedy, but have also acted in movies and TV productions in Europe, North America and Asia with great success. 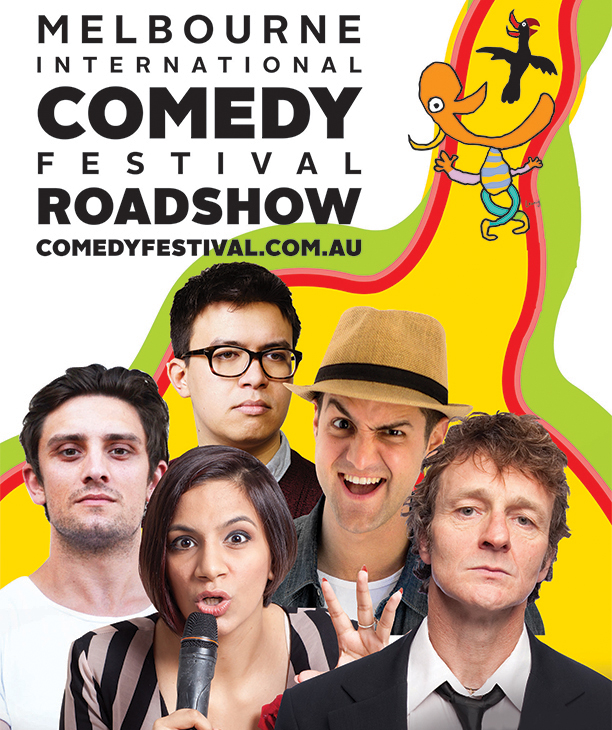 Launched in 1987 the Melbourne International Comedy Festival has grown to be Australia’s largest cultural event. It is selling more tickets than any other Australian Festival. It is now one of the three largest comedy festivals in the world.

This annual Roadshow aims to bring highlights of the Melbourne International Comedy Festival to Penang. Don’t miss it.

The shows in Penang start on Saturday 30th and Sunday 31st of July at 8.30pm. The venue is the newly renovated Majestic Theatre at 31 Jalan Phee Choon (off Transfer Road).

Tickets cost RM 100 and can be obtained from the George Town Festival office on Armenian Street, or at http://redtix.airasia.com/Events/Melbourne_International_Comedy_Festival_Roadshow