Howard Tan is a staple of George Town’s artistic crowd. There is really no one better to explore and visually exhibit flea markets than the man who has been snapping George Town’s developing streets scenes for years. Now a photographer valued by tourists and locals alike, Howard’s eminently subtle photos paradoxically express so much attention and care over the city’s blind leap into the future that even a layman ends up taking away much more than a photograph.

Not a man to pander to the limelight, “Found Things” is Howard’s first solo-exhibition, an exciting prospect for fans who would like to see more of Howard in the public eye. In it Howard uses his experienced eye of the macro-shot, plunging the viewer into a tiny square that always seems to convey much more than it actually shows. Also, with his fine sense for colour, Howard succeeds in making any and all discarded items look beautiful and even seductive.

The exhibited photos force the viewer to ask themselves what junk means to them; how trinkets and knickknacks are not only discarded items from times gone by but raising their usefulness to something akin to memory-catchers, small mementos capable of storing experiences and meaning as they pass through different hands over the years.

As well as the photos, Howard displays some of the things he has found over the years at flea markets, all  obviously chosen by the eye of a connoisseur. In his collections, the audience can almost feel a sense of regret at not having found these things themselves. Howard makes us aware of the opportunity held at flea markets as well as the importance of recycling objects before they are discarded completely.

These, as well as his experimentally visual methods to recreate unique flea market scenes for visitors at the exhibition, are reasons abound to visit Penang’s biggest, as well as friendlest, photographer. 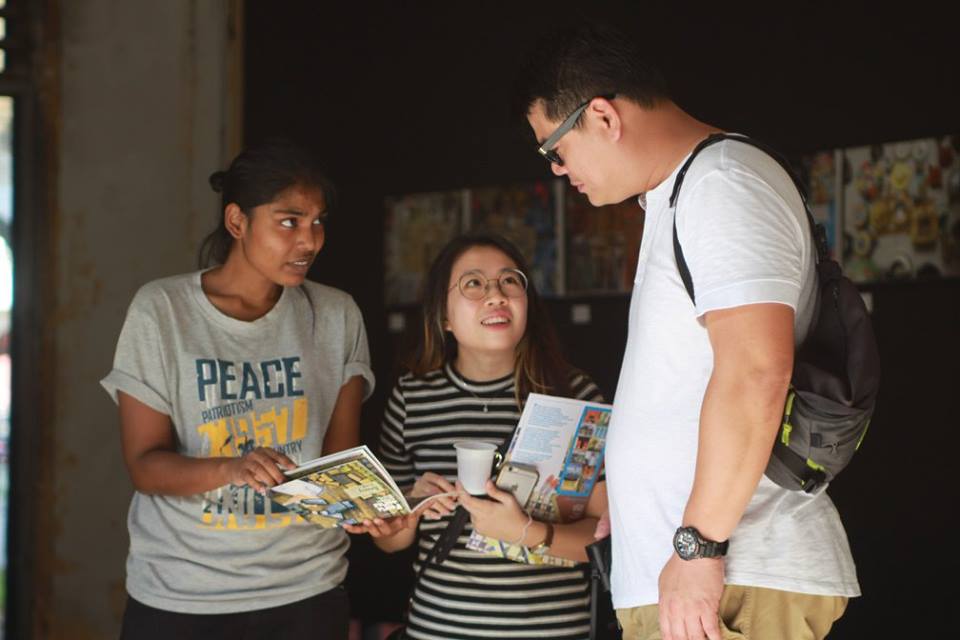